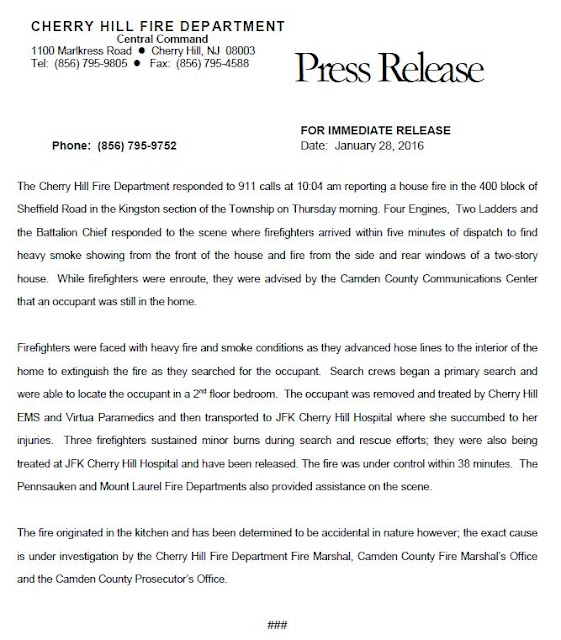 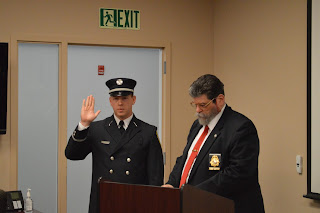 
Congratulations to Stephen G. Kinky on his promotion to Lieutenant. 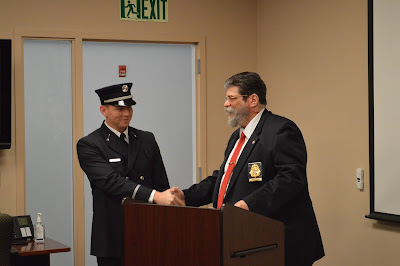 In attendance were family and friends of Lt. Kinky, along with fellow firefighters and fire officers of the Cherry Hill Fire Department. 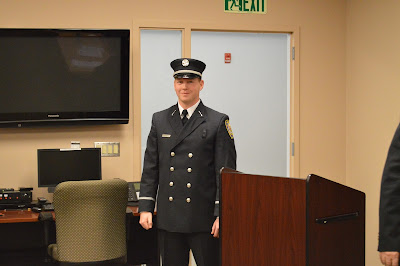 The evening began with opening remarks from Fire Chief Tom Kolbe who welcomed family and friends to the ceremony. Following this, Stephen was asked to stand and take the oath of office before having his badge pinned on by Captain Wade Houlihan. 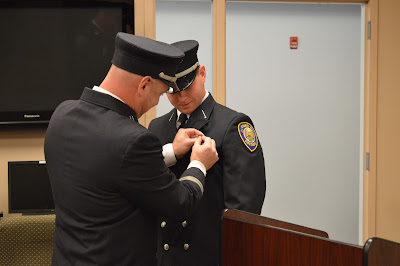 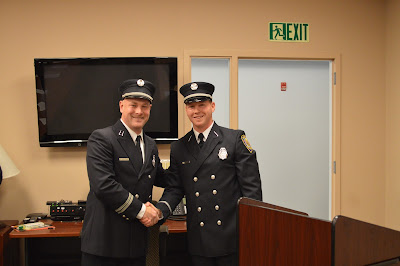 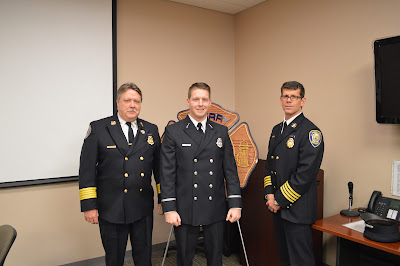 Stephen is a second generation firefighter following in the footsteps of his father  Retired Captain Stephen R. Kinky of the Camden City Fire Department.  Stephen was hired by the CHFD in September 2007.

Prior to that,  he was a volunteer member of the Haddon Heights Fire Department as well as the Pomona Fire Company while attending The Richard Stockton College of New Jersey.  Currently, Stephen is a Rescue Specialist with New Jersey Taskforce One (NJ-TF1) Urban Search and Rescue as well as an Instructor at the Camden County Fire Academy.

Stephen started his career at Engine 22 B Group. In 2009, he was transferred to Ladder 44 C Group.  In 2013, he was relocated along with Ladder 44 to Station 3 and has been a proud member of Ladder 34/Rescue 13 C Group up until his promotion date.  Stephen has earned his BS in Criminology from Saint Joseph’s University and plans to pursue his Master’s degree in the near future. 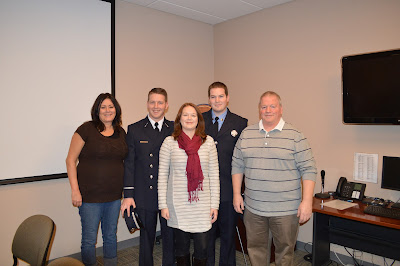 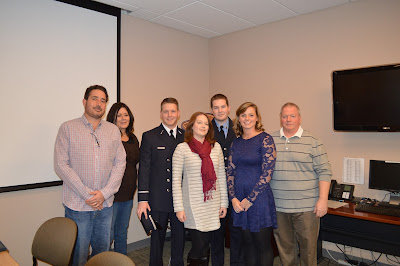 The Office of the Fire Chief and the Cherry Hill Board of Fire Commissioners congratulate Lt. Kinky and wish him well in his new position.

On Saturday, December 5th, Santa made an appearance at the Cherry Hill Fire Department for the annual breakfast with Santa. 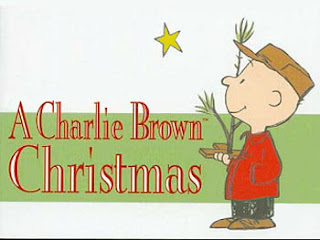 This year’s theme was “A Charlie Brown Christmas". 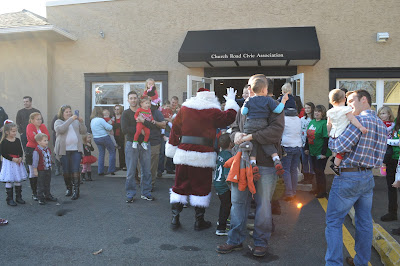 The children anxiously waited outside as the fire truck carrying Santa made its way down the street.


After breakfast, the children sat quietly and were read a story, then patiently waited in line to tell Santa what was on their wish list. Even some of the “big kids and firefighters” got to tell Santa their wishes. 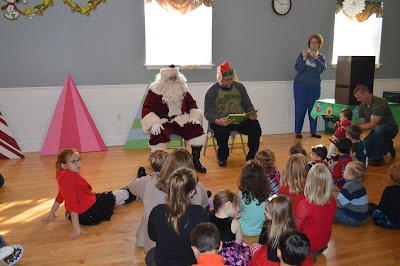 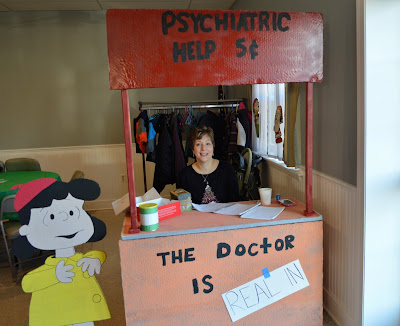 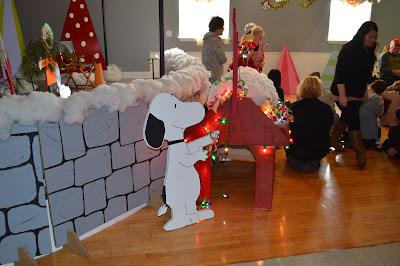 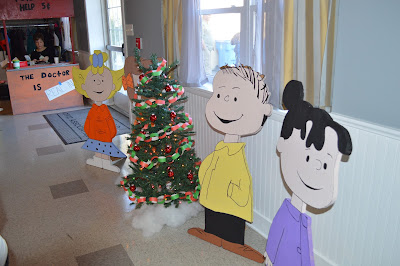 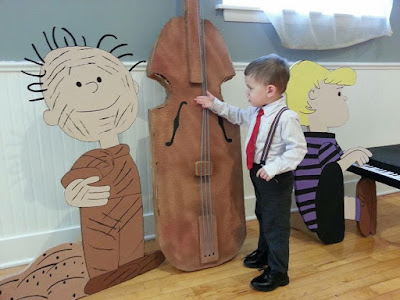 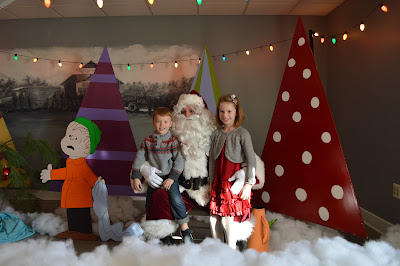 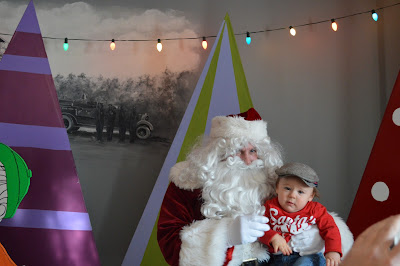 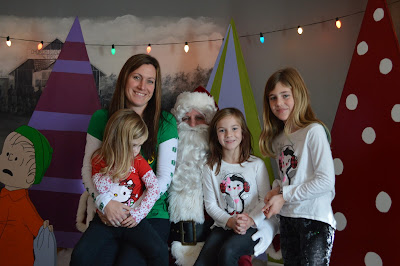 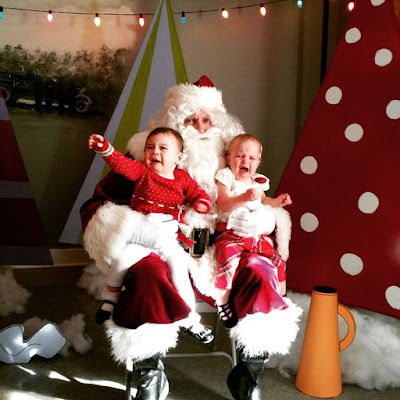 Special thanks to Marie Kolbe and to all of those that help make this yearly event so special for the children. Everything was beautifully handmade with great detail right down to a each table decorated with a Charlie Brown Christmas tree.
Posted by Cherry Hill Fire Department News & Information at 8:48 PM 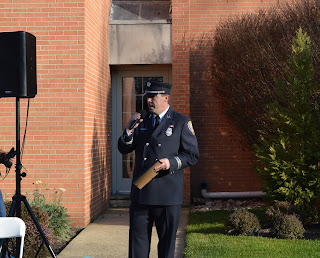 Captain Art West spoke briefly and gave a presentation to the family on behalf of the fire department. 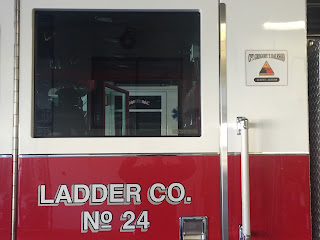 A decal was also placed on the side of the truck with Captain Dalessio's name as he will be "riding along with us." 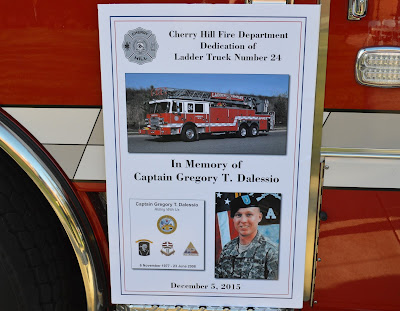 On June 23, 2008, Greg gave his life serving his country during combat operations in Iraq. As always, the CHFD is proud to assist and participate in this annual event!